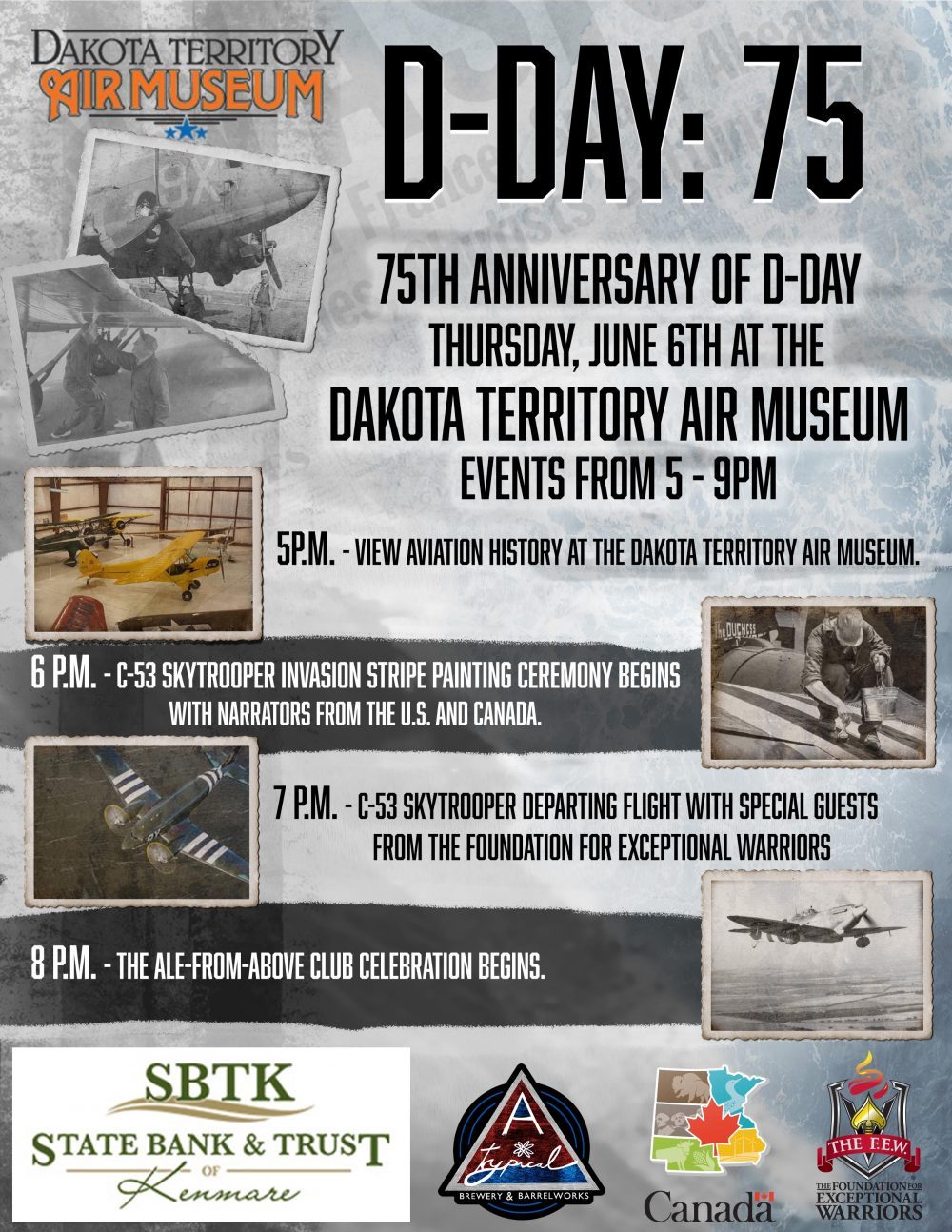 THANK YOU to our EVENT SPONSOR: State Bank & Trust of Kenmare

PLANNED EVENTS
June 6, 2019, is the 75th Anniversary of the D-Day invasion of France which was the beginning of the retaking of the European continent from Nazi Germany. The Dakota Territory Air Museum (DTAM) will commemorate this day with an event that will include re-enactments and displays of military aircraft and vehicles. Food and beverages will be available by Little Chicago Pub District and bi-plane rides will be available during the event.

ALE FROM ABOVE CLUB – Beers Before Battle
Along with the days’ events, we will have some fun re-enacting a beer delivery technique used by some fighter squadrons during WWII. There are reports and pictures showing kegs of beer mounted on the bomb pylons of single seat fighters! We will team up with Atypical Brewery and Barrelworks of Minot to have two special brews mounted on the museum’s P-51 Mustang which will fly beers over Minot before landing and tapping. There will be approximately 240 pints of ALE available. We are selling 120 memberships for the ALE FROM ABOVE Club. A $200 Club Membership will entitle members to a limited edition beer stein, a T-shirt imprinted with the DTAM, Atypical Brewery, The F.E.W. and event logos, plus a pint of ale from each bomb pylon! A $500 Club Membership will additionally include a leather flight jacket embroidered with all logos!

For a brief history of the beer-barrel bombers click here: War History Online!

All proceeds from the ALE FROM ABOVE club will be divided between the The Foundation for Exceptional Warriors (F.E.W.) and the Dakota Territory Air Museum.